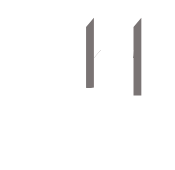 NO AVAILABILITY
We have not found any availability for your selected criteria.

This may be due to the following reasons:
For more details, you can contact us directly by telephone on +33 (0)2 43 95 45 10
Best rates guaranteed on our site
By booking on our official website, you are guaranteed to enjoy:
En
Fr
Your stay Your table Your events
Book
Booking request
The booking will be confirmed by email.
A family story

Solesmes Abbey a stone's throw away

A family story
Discover the hotel

The Grand Hôtel de Solesmes gets its name from the popular expression. In fact, since the 18th century, it has been the "grandest" in the village and then became the only one.

Today it is a traditional, family-owned hotel whose reputation is firmly established. It undergoes full renovation on a regular basis, and has an ambiance conducive to peace and tranquillity. Enjoying the fine dining in its restaurant is an experience renowned throughout the region.

It welcomes a national and international clientele. Solesmes is visited for its Benedictine abbeys and Gregorian chant. However, business travellers, golf enthusiasts and local clientele looking for a high standard of services and superb setting also particularly appreciate the Grand Hôtel.

This former coaching inn had the opportunity to host monks from the Benedictine abbey during their expulsion in 1880. Its facilities kept up with the needs of the time: stables, a garage for horse-drawn vehicles, the provision of petrol when cars came about, etc. The villagers were not forgotten either, benefitting from the provision of a butcher's, bakery and coffee shop.

In 1960, Marie-Louise and Raymond Jaquet arrived in Solesmes and became real "innkeepers". The simple quality of the food, the "modernised" facilities in the rooms and above all the warm welcome worked wonders.

In 1969, their son Bertrand added a new dimension to the cuisine and in so doing boosted the establishment's growing reputation. At the same time, Michèle, who would become his wife, accelerated the growth of the family business. The Grand Hôtel de Solesmes then became a regional benchmark.

In 1975, its success led to the opening of a major extension that would triple the hotel and restaurant capacity. The building boasts an original, distinctive architecture designed by the architect Guy Bisson.
Since this time, the "Grand Hôtel de Solesmes" has lived up to its name and become not only Michèle and Bertrand Jaquet's domain, but also the journey of their life.

In 2003, their eldest daughter Marie, representing the family's third generation, started working with her parents to efficiently assist her mother who had made her mark on the hotel, and thus give it a new dynamic in her turn.

Marie Jaquet is now the Hotel Manager and keen to meet new challenges.

The Jaquet family also has a second establishment – the Relais & Châteaux Domaine de Rochevilaine – located at the water's edge in Billiers (Morbihan).
Cécile Nouail Jaquet – the youngest of the family and the lady of the house – her husband Maxime Nouail, a Michelin-starred chef and Emma Gonssalves member of the family in charge of the accommadation part, run this exceptional establishment alongside Bertrand Jaquet.

Our hotel in BrittanY